The ECA in the Andahuaylillas district, in the Cusco region, was based on the political will of the local government, given the low social development of the district, the lack of involvement of the population and a traditional education, to change the development. In this context, the ECA was seen as a space for developing and strengthening citizenship in the district. Thus, the municipality formulated a public investment project that was originally approved for three years and which is expanded annually to ensure financial sustainability.

In 2017, activities were carried out to increase awareness of the benefits of adult education in the form of ECA, aimed at local actors and the general public, and in 2018, ECA activities began.

The population of the Andahuaylillas district is 5,668 inhabitants, 32% of whom are 15 years of age or older and have some degree of basic education; 334 of them have no experience of education at all, 79% are women. 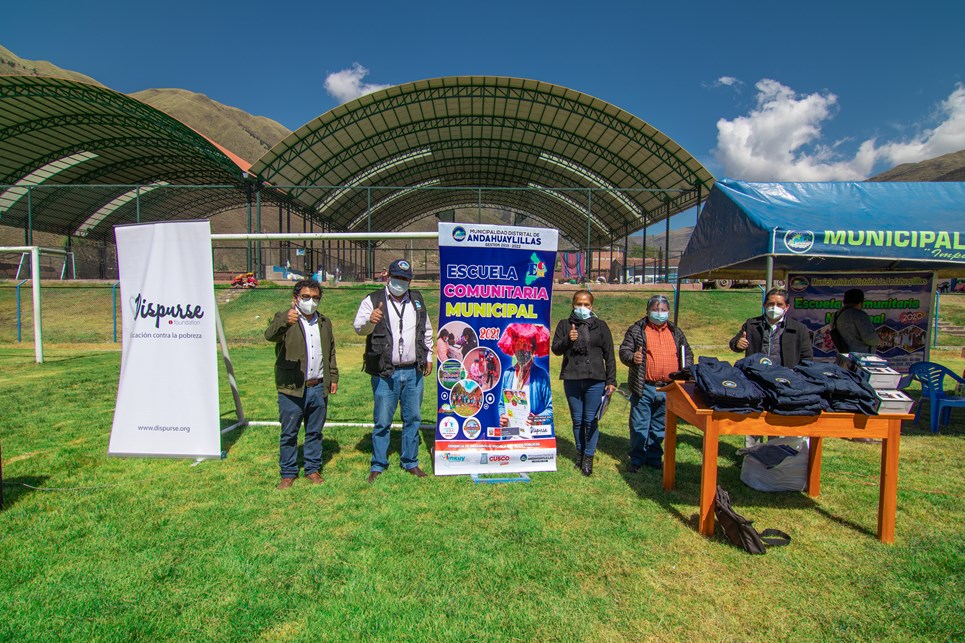 Management of the municipal school in Andahuaylillas

The municipality manages ECA's operations. The change that takes place and any expansions of services and alliances are evaluated annually. Dispurse provides the municipal team with technical support and coordinates with the Ministry of Education to enable sustainable operation and improvement of the ongoing processes.

Education during the pandemic

In the midst of the global emergency due to the Corona virus, ECA has not stopped the education of young people and adults. The education continues to be provided but via radio and the use of tablets with FOCUS and other digital resources such as literature, which are downloaded to the tablets.

For Dispurse, the experience of ECA developed in Andahuaylillas is a model for how we can work with a sustainable education that adapts to our participants 'social, cultural and productive context, is close and based on our participants' reality and in accordance with their interests.

Utmärkelser (i relation till ECA)

The development of Maria´s world

Through this collaboration, employees in the environment section in Cajamarca gets the opportunity to work with FOCUS in combination with their usual work as a cleaners.
To the project

The ECA in the Andahuaylillas district, in the Cusco region, was based on the political will of the local government, given the low social development of the district, the lack of involvement of the population and a traditional education, to change the development in the district.

Join us and create a better life for women

Over 770 million people in the world lack basic literacy. Of these, a majority are women. This is a figure that we at Dispurse want to change. Support us and take part in the fight for everyone's right to education!
Support our work